One of the best things about Egypt is that beach vacations doesn’t end in August or September like the rest of the Northern Hemisphere.

On the contrary, it is one of the best seasons to have a vacation in Egypt because it is warm enough to go to the beach or spend time in the desert, but cool enough that you won’t have to worry about sunstroke or soaring temperatures.

So, whether you’re a non-Egyptian who isn’t quite ready to say goodbye to summer yet, or a local who wants to make the most of the best weather of the year, these destinations in Egypt have something for everyone. 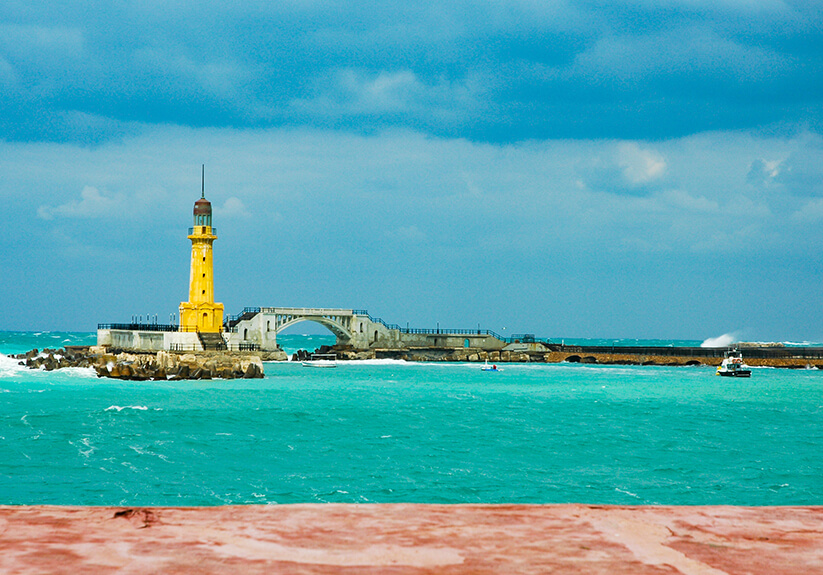 The Pearl of the Mediterranean, the venue of the Pharos lighthouse, and one of the Seven Wonders of the World, and the setting for Anthony and Cleopatra's tempestuous romance, the city was founded in 331 BCE by Alexander the Great. Alexandria today provides fascinating insights into its proud Greek past, beaches by the turquoise sea, as well as interesting mosques, the Corniche casino strip, some lovely gardens, and both modern and traditional hotels. 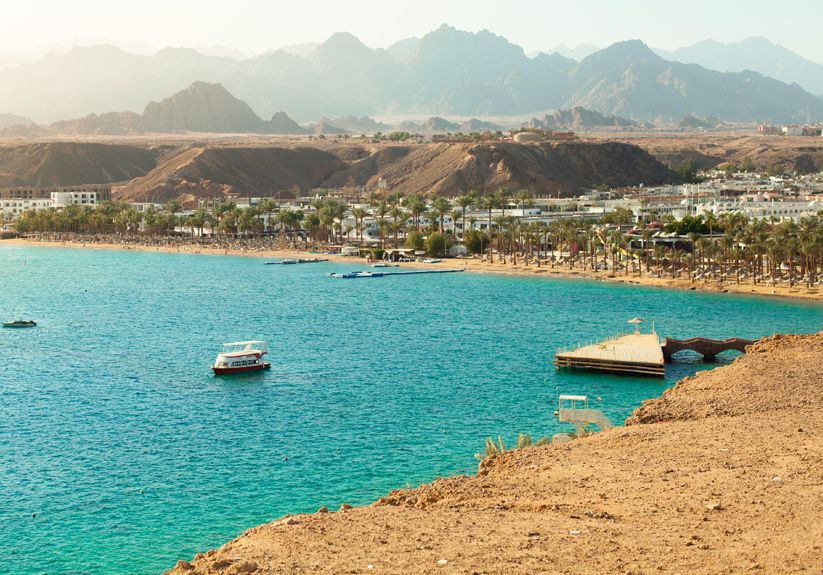 Sharm El Sheikh has long been a popular travel destination. For many years, it has been the preferred Egyptian destination for scuba divers, and all beach lovers.

It has probably contributed more to the European dive industry than any other resort in the world.

So it is unquestionably true to say that Sharm El Sheikh is one of the most well-known Egyptian Red Sea Riviera destinations, and even if you don't dive, there are a lot of water activities, beach resorts and safaris are reason enough to visit.

It's also a convenient starting point for excursions to the Sinai Mountains, St. Catherine's Monastery, and Ras Mohammed National Park. 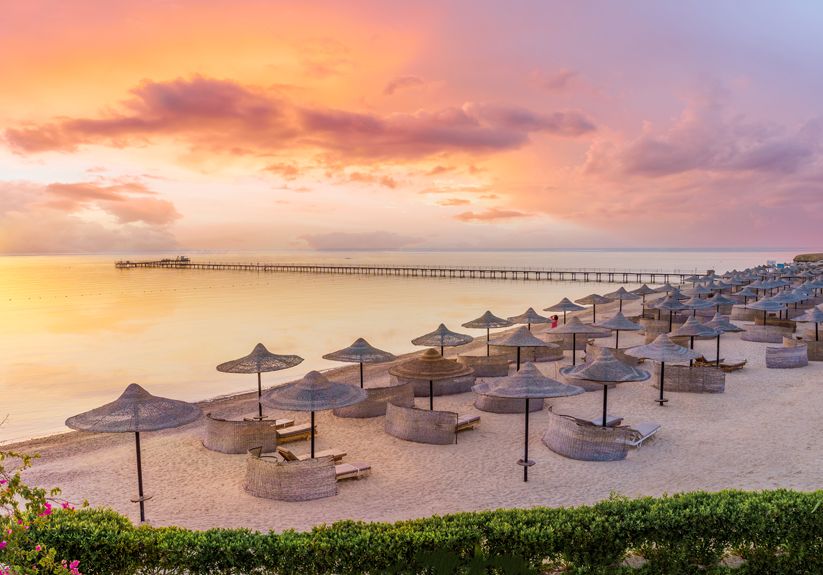 Hurghada, was known for years as a quiet little fishing village, but now it is one of the most popular tourist destinations in Egypt. 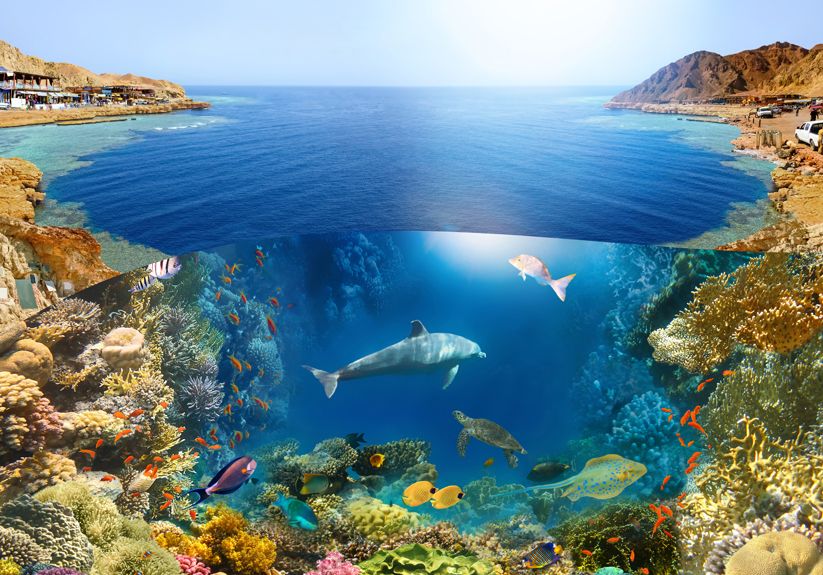 Dahab, home to world-renowned dive sites such as the Blue Hole, attracts its fair share of tourists that those looking for a more laid-back vacation should visit.

The town's main attraction is its seaside promenade, which is lined with quirky-named restaurants and shops.

Hostels and low-cost hotels are also available. Hiking and camping are also quite good options near Ras Abu Galoum and Blue Lagoon.

Dahab, like Sharm, is a popular starting point for treks into the Sinai Mountains and St. Catherine's Monastery.

You can visit Dahab through the nearest Airport which is Sharm El Sheikh, Go and book now your direct flight to Sharm El Sheikh on Air Cairo with the lowest prices from here

Siwa, is Egypt's most famous yet most remote oasis, it is located in the Western Desert, but much closer to the Libyan border. Every year, thousands of Egyptians and foreigners alike visit Siwa to learn about its unique history, heritage, and culture (they even have their language which is closer to Berber than Arabic).

Siwa's natural charms, from the vibrant greenery at the edge of the Great Sand Sea to their crystal-clear salt lakes and vast expanses of olive and palm trees, are worth visiting on their own.

Siwa is largely untouched by modernity and its technological trappings (Siwa was isolated from the rest of Egypt until the 1980s, when a road connecting it to Marsa Matrouh was built), making it an ideal place to camp and get away from it all.

Camping under the Milky Way in the Great Sand Sea is an experience you will never forget! 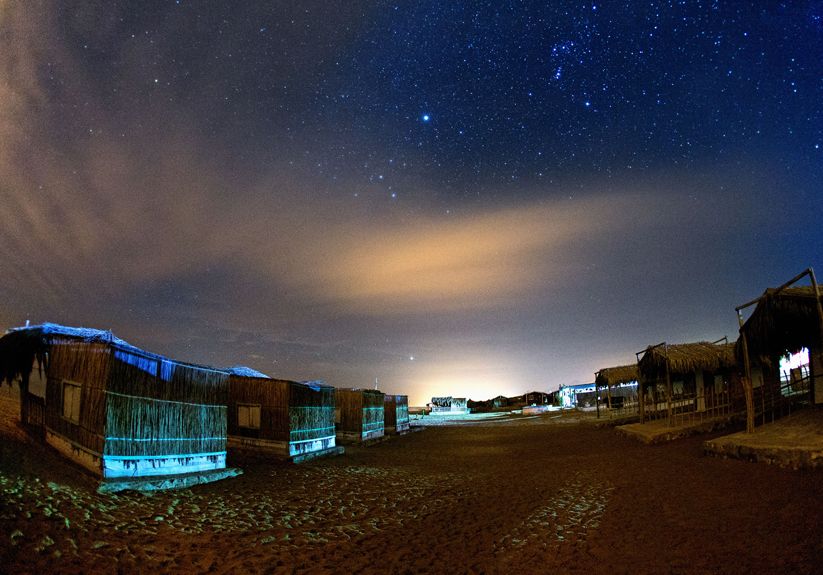 Ras Shetan, a stretch of coastline on the Sinai Peninsula between the towns of Nuweiba and Taba, is nestled between mountains and the Red Sea's Gulf of Aqaba.

Both Nuweiba is a small beach town and Ras Shetan are known for their get-away-from-it-all beach camps, which are usually run by local Bedouins.

The camps are a mix of beach huts and bare-bones chalets, and you are welcome to pitch your tents right on the beach.

At night, there is usually a large campfire where the Bedouins and visitors from all over the world talk, play instruments, and sing. 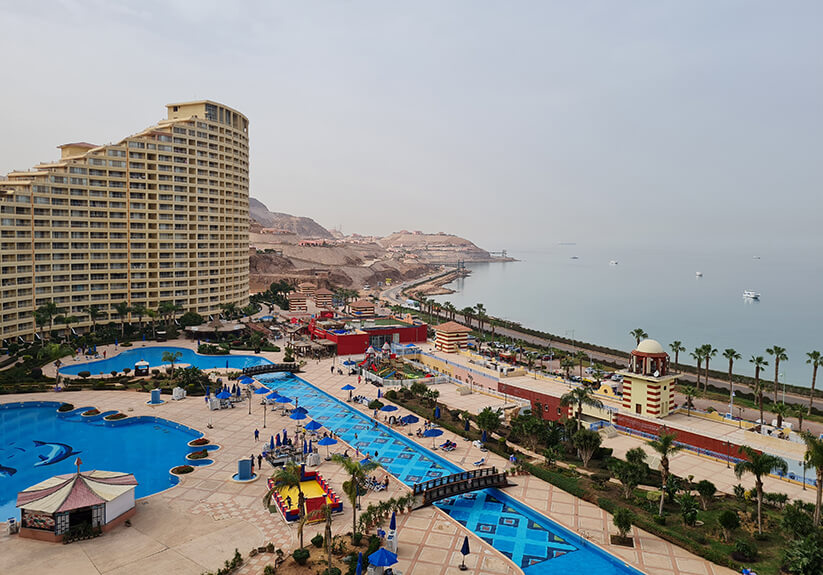 It is the closest getaway from Cairo, out of all mainland and Sinai destinations, it takes as little as an hour to arrive at Ain El Sokhna if you live in eastern Cairo.

Ain El Sokhna is densely packed with residential beach compounds and hotels. It's famous for its clear, calm water and year-round sun.

Also you can enjoy the view of the sea and the mountains from the famous cable car (telepherique) there. 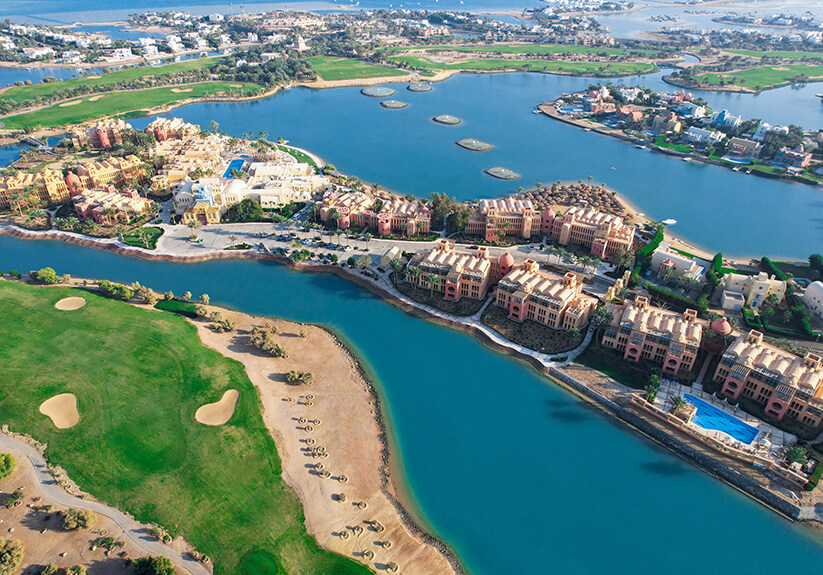 El Gouna is a modern luxurious resort town with lagoons that stretches over 10 kilometers of pristine Red Sea coast.

Their architecture is inspired by traditional Egyptian homes in the countryside and Upper Egypt.

It's a town that's popular with both Egyptians and tourists.

It was the first Middle Eastern and African destination to receive the United Nations' Global Green Award, which recognizes cities that make significant efforts, progress, and improvements in the field of environmental sustainability.

Despite being smaller than Hurghada and Sharm El Sheikh, El Gouna has a plethora of hotels, restaurants, bars, and activities for adults and families.

Not to mention how it attracted a lot of artists from all over the world to attend Gouna International Film Festival which is held around this time every year.

You can visit El Gouna through the nearest Airport which is Hurghada airport, 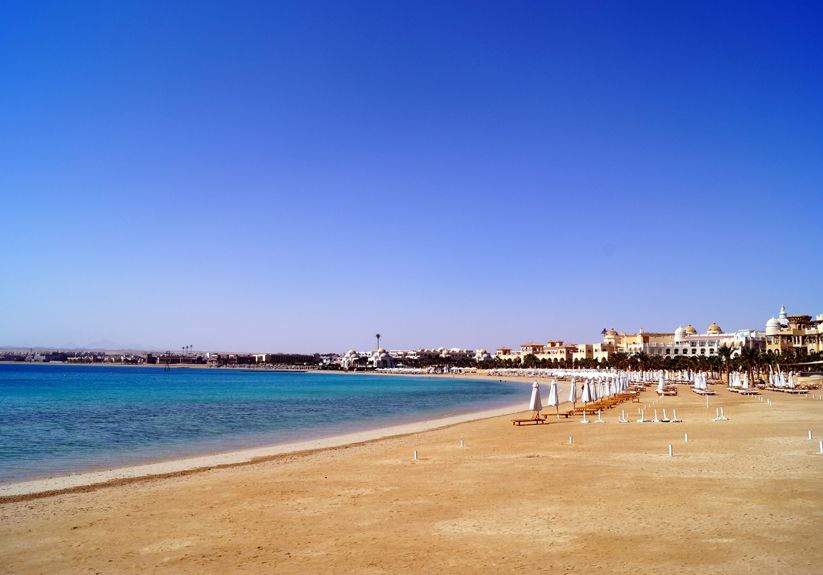 While they are considered part of the Hurghada 'area,' they are distinct towns from Hurghada itself. Sahl Hasheesh is a resort town built on a bay in the Red Sea south of Hurghada back in the 1990s and is known for its beautiful stretch of coastline and a long boardwalk. It is home to some of the country's most highly ranked beach resorts.

Sahl Hasheesh doesn’t offer much in terms of restaurants or nightlife outside of the resorts.

Another claim to fame that Sahl Hasheesh has been its man-made sunken city, a partially submerged city that acts like a reef and attracts both marine life and snorkelers galore.

You can visit Sahl Hasheesh through the nearest Airport which is Hurghada airport, Go and book now your direct flight to Hurghada on Air Cairo with the lowest prices from here