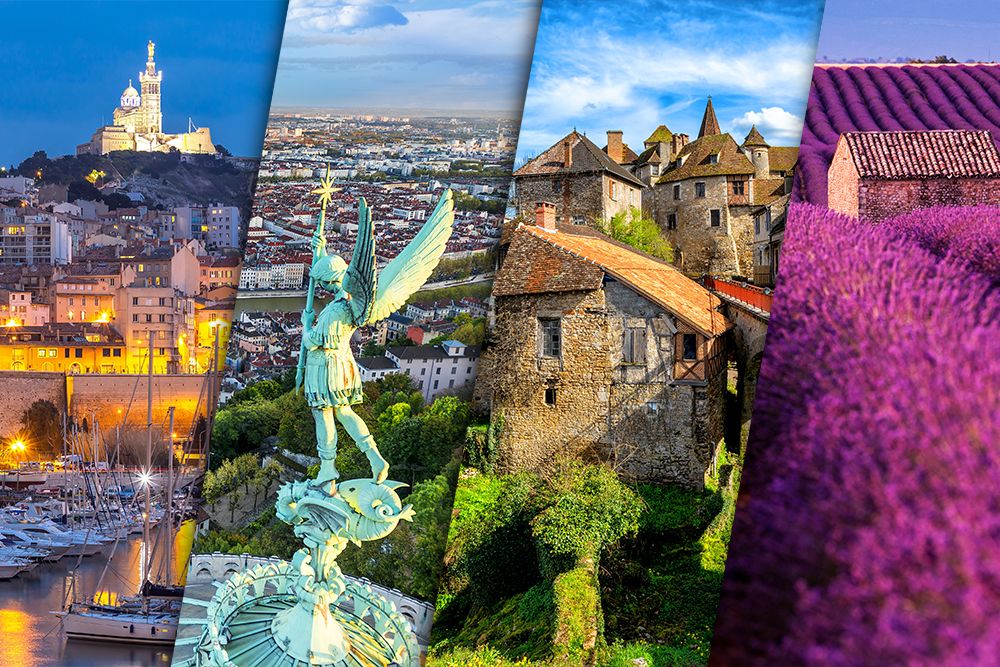 Flying to France with love!

France, the country of love and beauty, a country like no other, With stunning cities, monuments and so much to do, it’s no surprise that it’s one of the most visited countries in Europe!

Now Air Cairo is taking you to four of the most marvelous cities in France:

Paris is one of the most beautiful cities in the world. It is known worldwide for the Louvre Museum, Notre Dame Cathedral, and the Eiffel tower. It has a reputation for being a romantic and cultural city. The city is also known for its high-quality gastronomy and the terraces of its cafés.

Located in the south of France, Marseille is a beautiful city on the Mediterranean coast.

Marseille is the oldest city in France and was founded more than 2,600 years ago this one is possibly one of the most interesting of all Marseille history facts.

First called Massalia, Marseille was founded by Greek mariners in the 7th century BC.

A thriving and renowned village, filled with history and has a unique culture.

The Château d’If is a stone castle on the Île d’If, a small island off the coast of Marseille.

Lyon, the capital city in France’s Auvergne-Rhône-Alpes region, sits at the junction of the Rhône and Saône rivers.

Smaller and much calmer city, which is just a quick train ride apart from Paris. This city is pretty magical too and a perfect weekend destination.

People also love visiting Lyon during the “Fête des lumières”, Festival of Lights, which is held every year in December. This Festival includes over 80 lighting scenes all across the city of Lyon. It’s time to start planning your visit to Lyon!

Nantes is the capital city of the Pays de la Loire Region in the west of France. It's a lively and pleasant city that offers many things to see and do. The long history of the city has left many sites of historical importance to discover, and the industrious spirit of the inhabitants of Nantes makes the city in constant evolution.

Nantes is a city full of exciting landmarks like the castle and the cathedral, with plenty of trendy venues and technological fantasy to enjoy. Besides its manmade attractions, Nantes is famous for its magical vineyards.